Now that we're back in a marina again, we explored more of the island with Dan and Trish. The first order of the day on Sunday was breakfast, so we splurged and brunched at The Tiki Hut, where we discovered they had a "Build Your Own Bloody Mary or Bloody Caesar" bar, where you could doctor up your tomato juice to your liking with an array of Worchestershire sauce, Tabasco sauce and assorted local spicy hot sauces, horseradish, capers, olives, celery sticks, hot peppers, pepperoncini or banana peppers. You could never claim to have a bad Bloody Mary if you made it yourself! While Trish indulged in a mimosa, Ron, Dan and I tried our hand at making various concoctions to sample.
Ron had gotten up early that morning and bicycled over to Southside Marina to retrieve the rental car, so after brunch, we all hopped in to do some sight-seeing. They drive on the left here in the British fashion, which was a novelty for Dan and Trish that took some getting used to! Ron drove us down the length of the road along Grace Bay, then we stopped to walk about the shopping district for a couple of hours so Dan & Trish could do a bit of souvenir shopping, checked out the fancy resorts along Grace Bay and took in the amazing water views along the beach. The ever-changing shades of turquoise, teal, blue and azure of the water was stunning.


After a lunch at Sharkbite's, we returned to the boat to launch the dinghy for a cruise along the Grace Bay waterfront, before meandering over to Little Water Cay for a stop there. Little Water Cay is an uninhabited 150-acre Cay, that is part of the Princess Alexandra National Park and a sanctuary for the Turks and Caicos Islands Rock Iguanas and ospreys. It's a gorgeous place, with a raised walking trail to protect the habitat of the rock iguanas, filled with dune grasses and native foliage, surrounded by pristine white sand beaches. We really enjoyed it! 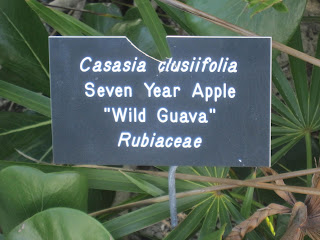 After a leisurely return to Turtle Cove Marina just before sunset, the day rounded out with the group of us going to the Tiki Hut, where we avidly watched the NFL football game between the Baltimore Ravens and the Pittsburgh Steelers. The match-up is always a hotly contested, knock-down, drag-out fight between the two. Being aboard the boat this far south, we no longer have reception of any US channels on our satellite TV, so we made sure we found a place where we could watch the game! Of course, we wore our finest Ravens' purple and black attire -- I had on my Ravens jersey -- and enjoyed cheering and hooting loudly at the ferocious football slugfest that ensued. Unfortunately, while Baltimore led for the majority of the game, the Steelers prevailed in the very last few minutes...a classic game once again, even if it wasn't the ending we wanted! Whew --- what a day!
Hugs to all, Karyn and Ron at 2:44 AM