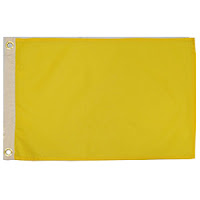 With the weather continuing to be dismal, we used the relatively calm seas to make the crossing to Antigua. We left with first light (what light there was, at dawn on such a gray and gloomy day) and made our way from Nevis through the northeasterly 4’-6’ swells and north winds. It was a fair ride, since we weren’t taking it right on the bow, for which we were grateful!

We soon arrived in Antigua, the original bastion of British civiiization in the Caribbean. First settled by the British in 1623, Antigua became the headquarters of the English fleet in the Caribbean during the 1700s and 1800s, home to Nelson’s Dockyard (named after Horatio Nelson, famed British Admiral, who arrived in Antigua in 1784 and guided the development of the British naval facilities in English Harbour). Antigua’s rich yachting history is still in evidence today, being home to the world famous Antigua Sailing Week, which draws sailing enthusiasts from around the world. And, as we discovered on arrival, Antigua is also home to its own local customs as well, different from those found in the rest of the Caribbean and elsewhere!

We made landfall at Jolly Harbour, and had to clear in. We always try to be respectful when clearing in; for example, Ron is very careful to dress appropriately in a collared shirt and tailored shorts when he goes in to meet with Customs officials. But every nation is different, and has slightly different ways they conduct clearance. So, we research it as best we can, by checking with Noonsite (www.noonsite.com) and our cruising guides as to the latest info on clearance formalities. In Jolly Harbour, Antigua, for instance, you cannot anchor and just go to the dock in your dinghy to get to Customs, as it is a requirement that “the boat must be in plain sight of the Customs”. One of our cruising guides also noted that only the captain could go ashore to clear in, no one else. So, we were vigilant that only Ron got off Equinox at the dock to meet with Customs; Ally and I remained aboard until practique was granted, as required.

We’ve always adhered to the international rule that you do not fly a nation’s courtesy flag until your vessel is properly cleared by Customs and Immigration. Until clearance is complete, you are required to fly the yellow Q (quarantine) flag from the starboard spreader, which is what we did when we came into Antiguan waters. However, Antiguan custom is apparently very different, for when Ron took our documents into the Customs building, the Customs officer immediately and angrily berated him for NOT flying the Antiguan courtesy flag upon entry into Antiguan waters! Ron was startled – this was so contrary to written flag protocol -- and also taken aback by the vehemence of the officer! Ron explained our understanding of the Q flag, but again was reprimanded!! Rather than argue, Ron simply apologized, which mollified the officer. After that, clearance went smoothly! (Needless to say, the courtesy flag went up in a hurry!)

We knew we couldn’t be totally wrong about the Q flag though, so I checked several reputable sources, from a book on yachting flag usage that we had on board, as well as several yachting sites on the internet. Every one said the said thing, that when cruising abroad, there are some international “flag regulations” that should be followed in order to avoid misunderstandings:

“As a matter of courtesy, it is appropriate to fly the flag of a foreign nation on your boat when you enter and operate on its waters. However, it is hoisted only after the appropriate authorities have granted clearance. Until clearance is obtained, a boat must fly the yellow "Q" flag.”
~From www.sailonline.com/seamanship/flag etiquette

Still, the old adage dictates that when in Rome, do as the Romans! Since we are guests in these wonderful countries that we are lucky enough to visit, we will follow their customs! In the words of Jimmy Buffett, from his song Fins:

Just be sure to fly the Antiguan courtesy flag when you do so!! Flags up!
Hugs to all, Karyn and Ron at 3:22 PM