....so few recipes!!" So the saying goes here on Harbour Island, as they have quite a large population of wild roosters and hens here on the island. I can vouch for the fact that the roosters here are large, very vocal, and have NO sense of time whatsoever. These guys crow at dawn, at 10:00, at noon, all afternoon and during the night!! They're actually rather entertaining...they run free, strutting about everywhere, from the edges of the beachfront downtown, to the middle of the roads, to the wild areas of scrub up island. Trying to get close enough to one to get a decent photo is a challenge, but I managed a couple shots today as we biked about town. The stores even sell bumper stickers, that say "Take a rooster to Eleuthera!" 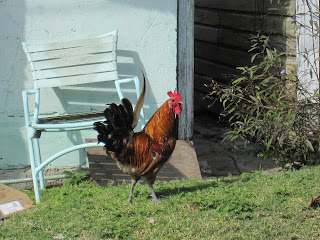 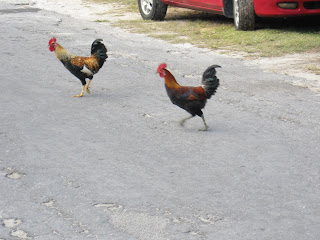 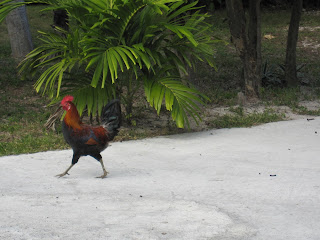 ...and in the driveways!
Today was bright and sunny, so Ron and I took a spin in Ting-um this morning, in a vain attempt to try to find the missing flybridge cushion that flew off at some point during the intense winds of the past couple of days....while we figured we wouldn't find it, it couldn't hurt to look, and we enjoyed exploring the shoreline of the harbor. It's a gorgeous place here, truly...we are enjoying it. After a light lunch at Sunsets, the beautiful bar and grill here at Romora Bay Resort, we took the bikes into town and meandered up and down the hills before stopping in at Captain Bob's to get some stone crab claws for dinner. The claws are as big as one's fist -- makes our Maryland Blue Crabs look puny in comparison! 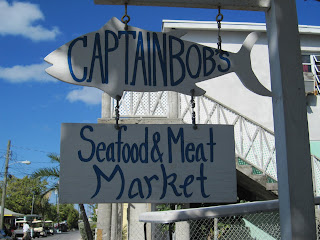 I took a lot of photos today, of the colonial-era houses along the waterfront on Bay Street, to smaller details like the tiles decorating the exterior walls of some homes along King Street. It's so pretty here, in so many ways, large and small! 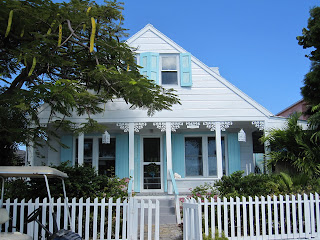 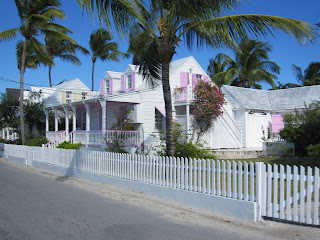 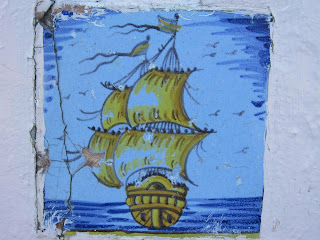 Tile from a house front on King Street
Hugs to all, Karyn and Ron at 6:26 PM