The winds have died down at long last, hurrah!! Even a few days respite is welcome, let me tell you, so we were out to take advantage of it! Ron and I enjoyed the day, from a leisurely bicycle ride around town in the morning to running out to the reefs in the tender in the afternoon. While it was overcast, the winds were next to nothing, and the temperatures warmer. Hooray!
We set out to find the post office this morning; we'd not seen it in our travels around town yet, to our surprise. And, we didn't really find it today, either! Although, we thought perhaps we passed the right building....but saw no signs. (We later got confirmation from one of the local Royal Bahamaian Police that it was indeed the right building, but the Post Office is on the upper floor.) Tomorrow we may find it! In any event, we had a lovely ride, and I enjoyed stopping and photographing the names of the various cottages and houses around town. Shades of Bermuda, where the names of the houses there are posted out front in a variety of interesting and charming ways. (And, required to be included on any official mail or correspondence in Bermuda as well.) Since Bermuda and Eleuthera have ties going back to Eleuthera's founding I found it nice to see the continuity that homes here also have names.  There are so many I want to photograph, but I did find "The Royall Lime", "Blue Ruin", "The Doll House", "The Lemon Tree", and "RoseBud" (which I always thought was a sled...!) :) Well, I'm always learning something new! 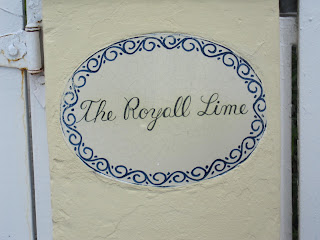 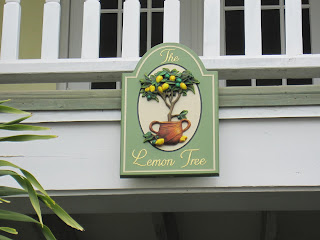 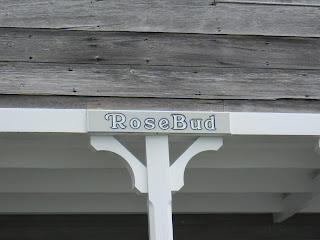 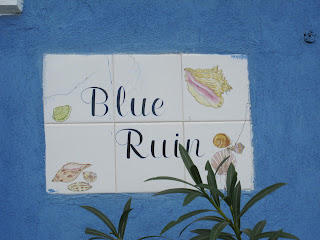 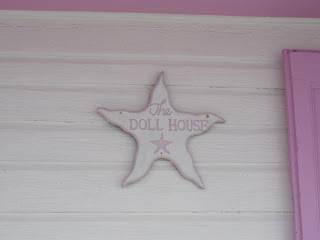 After lunch, Ron and I took Tingum out to to the reef off the eastern side of Harbour Island and found one of the pretty dive sites here called "Arch". As I'm not cleared to dive yet, and still on the recuperation list, I was the anchor wench and boat babe while Ron was diving. Ron enjoyed himself, as current wasn't an issue initially and visibility wasn't bad, although with the thick overcast, it wasn't as bright at depth that it potentially could have been. He had a moment of adrenaline with a nurse shark that  got a bit frisky for itself...Ron first saw the shark sedately sleeping under a ledge as he passed by, but later, when he was coming back towards the boat, the same nurse shark was zipping about, active and sort of agitated. It actually swam towards Ron, coming within a yard or so, before veering away sharply. (For a split second, Ron thought he was going to have to punch it to defend himself, but thankfully, no.) All in all, a fun dive, though! The coral is pretty and vibrant, the reef profile enjoyable. 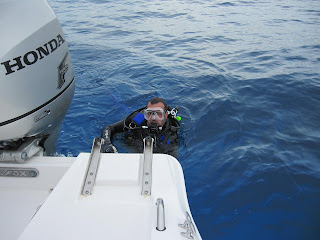 Ron getting ready to come aboard after diving
As Ron was diving, between watching his bubbles, I was watching this huge megayacht that was on anchor to the north of us alongside Pink Beach. It was far enough away that I couldn't make out the name, so when Ron was done diving, we took our boat and checked out the yacht, finding out it was Pelorus, and was just huge, with lots of smaller shadow boats and whatnot -- complete with helicopter on the bow! Pretty impressive, to be sure!! We found out later that it's owned by a Russian multi-billionaire, and the boat has a crew of 40 or so. Hmmmm...pretty sure we were under surveillance as we circled that boat, what do you think?? 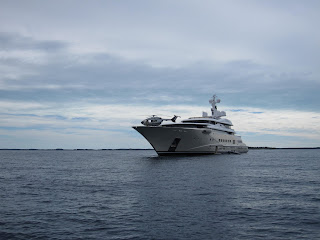