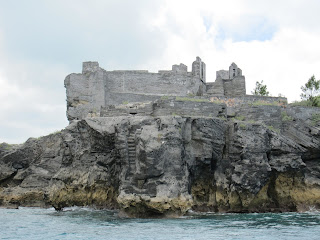 The view of King's Castle from the Atlantic
We spent the day climbing the rocky ledges and crags of Castle Island, which guards the entrance to Castle Harbor where we are moored. Originally called King's Island, it's home to the King's Castle, a stone fortification on the island that dates to 1612. According to Wikipedia, it's the oldest standing English fortification in the New World and oldest stone building still in existence in Bermuda. The castle was the site of the successful defence of Bermuda from Spanish attack in 1614. It was an amazing place, very wild and overgrown now, and between bouts of climbing and scrambling, we swam in the incredibly blue water surrounding the island. 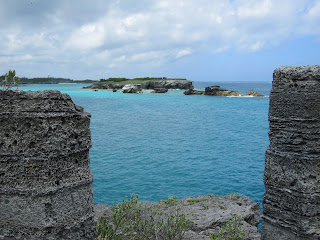 View from inside the castle
Ron and Ally jumped off the cliffs overlooking Charles Island to the south-- while I had climbed up, I opted to be the photographer today. We'll be back to explore more...it's very cool!! 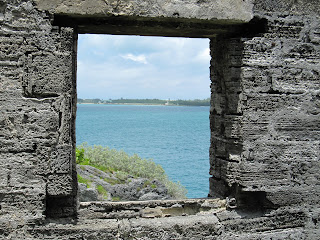 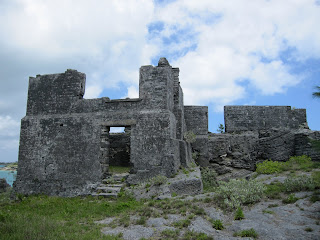 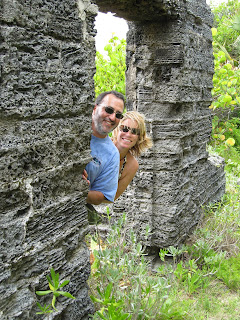 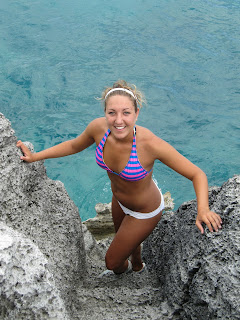 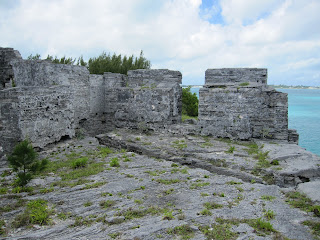 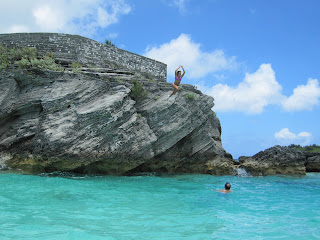 Ally in midair, jumping off the cliffs
Hugs to all, Karyn and Ron at 10:32 PM